As a little girl, I dreamt of being a teacher. As soon as I got home from ‘real’ school I would immediately start playing ‘schools,’ my younger sister and her friends often bearing the brunt of my enthusiasm for spellings and maths!  My passion for languages, sparked by many family holidays in France during my early years, made my career path clear early on. I still remember filling in my UCAS form for my PGCE, so focused and happy that I knew what I wanted to do with my life while many of my peers seemed to be stumbling in the dark. I was going to make a difference. I was going to help young people to open their eyes to the big wide world,  share my love of languages and enthuse the next generation of linguists. This is why, when my dream so often turned into a nightmare, the pain was palpable.

It’s funny the things you can choose to ignore when you’re young and idealistic. I had heard that teachers were overworked, undervalued and underpaid but until I actually experienced it for myself I had no idea how soul destroying it could be.

Most of the time, teaching wasn’t the problem. The children were not the problem. It was the immense workload and pressure from above, which I knew was a systematic problem, one that couldn’t be solved by moving schools or changing roles slightly. To make things worse, I found that my beloved subject, MFL, became increasingly marginalised. It wasn’t considered important and continuous changes to the National Curriculum changed the goal posts daily and pushed languages further and further down the list of priorities.

On the edge of burnout, I struggled to think clearly. I knew in my heart I couldn’t continue this way but inside I was still the same little girl with a dream, and leaving the profession would have felt like failing. I had worked so hard for a secure future in teaching but it got to the point where I had to make a choice.

Take a risk and find another way OR take a risk and stay, risking my mental and physical health and just settling for a life that no longer brought me joy. I started to wonder which was the greater risk.

When I had my little girl in 2012, everything changed. I no longer felt willing to compromise and a small seed of an idea that I had had at the back of my mind for years began to grow, evolve and form into something real. 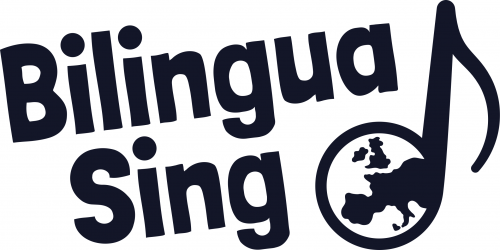 Up until this point I had worked with children (and young adults) ranging from 4 – 18 but now, suddenly, I had a precious little baby in the world. I truly believe that a language is one of the most precious gifts you can give a child and the younger we can start teaching them, the more adaptable and capable their little minds become, instilling a love and seemingly natural flair for languages all the way through their life.

I started a small group with my own little girl and a group of local mums. I had no idea how it would grow and develop but it just felt like the right thing to do. We had so much fun as I used this group to develop a unique sensory music class with a second language at its heart. What shocked me most was the high demand.

Parents of small children recognised the value of this new type of class and saw their attendance as more than just a morning out of the house, but an investment in their child’s future. Soon I was running multiple classes every week welcoming children aged 0 – 5 to different classes and being invited into nurseries and even primary schools. This time though when I stepped into the classroom, that deep feeling of dread was completely gone.

Looking back now, it’s hard to describe what I felt at this time. It was as if I had been injected with life again. I was excited about work again, I had more balance, I knew I was making a difference and financially, within 6 months, I was already making more money than I been making as a teacher.

I never looked back.

Now, in all honesty, as time ticked by there were moments of doubt that crept in.  I knew I didn’t want to go back to teaching but setting up a business on your own is tough. While I was once conditioned to follow rules, I now had to make my own. Website, branding, logos, accounts, social media. There were many aspects of business I hadn’t even considered when I started and it has been a huge learning curve, but after 6 years in business, I am amazed by how much I have learnt.

After all, every day is a school day, right? Even when you’re not in school!

The best part was the difference these classes were making to children and parents. I wanted to do more but I physically didn’t have the capacity. I simply couldn’t meet the demand on my own. This was when I decided to franchise the business. I had created a class that was unique and valuable. I had done all the hard work creating music, content and a brand that was now bigger than just me and I was ready to unleash it to the world. When I took on my first four pilot franchisees, I was terrified but after watching their success and those that have followed them, I got so much joy. Seeing these women transform their lives and take back control by living a life on their terms again felt like nothing else!

BilinguaSing had become more than I could have imagined.  It might not have been my original dream as a little girl, but my classroom teaching career gave me the best foundation to build an even better dream.

Time is not the enemy

Looking back on my teaching days, it felt as if time was my nemesis. I was constantly fighting it and never winning. The to-do list never got smaller. This constant feeling of failing to do everything is wearing and the anxiety it causes can be extremely damaging to our mental and physical wellbeing. The problem is that as teachers, we become so conditioned to believing that ‘this is life’ and that there is no other way. It took having my first child to step away and see what teaching had been doing to me. Since starting BilinguaSing, time is no longer my enemy. Don’t get me wrong, with three small children and a business to run, life can be pretty hectic, but it’s my life and I am in control of how I spend my time.

Take the lid off the pressure cooker

If teaching were just teaching, the job would be amazing. Sadly though, for most of us, it’s a minefield of politics and policy, and the pressure on teachers on all steps of the ladder is intolerable. Teachers like us often stay in the profession so long due to fear of the unknown. Teaching might be stressful, but at least we know what to expect. I get it…the regular monthly wage, the career progression, the ‘security’. But when I left I realised that these were all illusions. My franchisees have proven too that they can create a secure business with financial reward without the intense pressure on them daily. I’m not saying it’s easy, it takes some hard graft especially in the beginning…but for anyone who has had to work in our education system, it almost feels like a holiday!

Ex primary school teacher, Cath, runs her BilinguaSing business in the Blackpool & Wyre area. She had great success less than one year into starting:

‘After 10 months I work with some amazing nurseries and run a few parent / child classes, some of which are now full with waiting lists for places. I am starting to receive party bookings, and hope to expand into school clubs this year. I love running BilinguaSing classes – it’s such a positive, uplifting, exciting and fun experience. I have met lots of people who are now more like friends. I am so excited to see the children and their parents developing and growing together in skills, confidence and creativity. And best of all …… to hear the little ones who have been coming to classes actually saying their first French or Spanish word is an incredible feeling! Bravo!

I will never regret my teaching career. I have some wonderful memories, and I made many friends who are still important to me today.  The tough times were character-building, and for much of it I am grateful. It’s what led me to BilinguaSing.

But life shouldn’t be a continual endurance test. I wanted to be happier, calmer, less reactive, less frantic. I wanted to be a better mum. I just had to dare to give this dream a chance, instead of just living what had become my default.

If I could go back and talk to that young idealistic girl filling out her UCAS form, I wouldn’t tell her to stop, because there would be rich life lessons to be learned through becoming a school teacher. I would just tell her to believe in herself more and to have the courage to make a change sooner when things don’t feel right. We don’t have to suffer, there is always another way. No matter where we are at in life, it’s never too late to turn a corner.

Let me help you to understand that the other way could be BilinguaSing. I know that a career change isn’t something anyone should take lightly, so I have created a brochure to give you some more insight into what life could be like as a business owner with my support and guidance. No obligation, no pressure. You get enough of that already!

. I know that a career change isn’t something anyone should take lightly, so I have created a brochure to give you some more insight into what life could be like as a business owner with my support and guidance. No obligation, no pressure. You get enough of that already!

I hope each page of my brochure brings you a sense of refreshing possibility – the possibility that your life can be less overwhelming and instead be more joyful, peaceful and fulfilling. You can still make a huge difference to others and stay true to your values, while taking time for yourself and your loved ones. BilinguaSing is like being part of a family. It can be scary taking that leap into the unknown, but the BilinguaSing tribe is here for you every step of the way!

Send me the brochure please Ellie!

I've put together a FREE PDF where you'll learn the 10 life-saving tips that helped me and my trainees succeed in the MFL classroom!

YES! SEND ME THE FREE GUIDE