Many of you ask me first ‘but Ellie, what is BilinguaSing”? It’s a good question, and the answer is difficult to put into written words, which is why I decided to make this video for you to show you what it’s all about!

However, more often than not, what we really want to know is what we have in common with each other; our teaching backgrounds. So before you dive in, I’d like to give you some context and background about what led me here. Why, after a ‘successful’ 10 year career teaching languages (MFL) in the UK classroom, did I decide to leave it all behind?

How I became a languages teacher

It all started in 2000, while on my year abroad from my languages degree at Nottingham Trent University, which saw me thrown completely in the deep end in a secondary school in Avignon, France. In fact, that’s the understatement of the century. I was 20, and some of my pupils were almost the same age. It was a tough school, I had little to no support form the teachers and I was taking classes of 20-30 teenagers alone, trying to teach them English with zero training! I must admit, I swore I would never become a teacher almost each day I was there!

After graduating in 2002, I decided to apply for another English teaching assistantship with the British Council, which took me to another secondary school in Pamplona, Spain. A totally different experience – the kids wanted to learn, the staff were super-supportive and wanted to look after me, taking me out on socials and buying me coffees etc. The extra 2 years on me probably helped my confidence too. However, this stint was just a stop-gap to get my Spanish up to the same level as my French, which it certainly did. 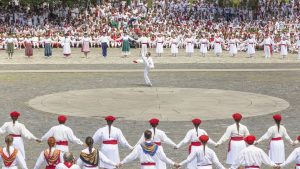 The corporate world wasn’t for me

At 23 I gave the corporate world a bash for a while, which had some great perks. However, longing to use my languages and make a difference, I ditched the company car and dived head first into an MFL PGCE (Secondary) at the University of Derby. By 2004 I was an NQT at a great secondary school in Pontefract, West Yorkshire.

The ten years that followed were amazing, but full of ups, downs, twists and turns. By 26 I was Head of Spanish, a role which I loved but relinquished 2 years later to move down South with my then-boyfriend-now-husband; which led me to accepting a role at an elite, private secondary girls’ school in Berkshire (where I still live today). The culture shift was huge – insane, really. I ended up walking out of this job, just 1 term into the role, when I realised our values were so vastly mismatched that I could never be happy there. This experience was traumatic at the time, and led me to doubt myself massively. But looking back – it was the making of me. Never again would I let myself be miserable in a role; never again would I be pushed around by the system, or subject myself to a toxic environment. (I will write a post about this soon – don’t let that old chestnut  ‘oh but you’ll have a gap in your CV – how will you explain that away’ keep you stuck in a miserable situation! It honestly has never been an issue for me. Not even slightly). 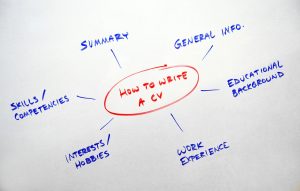 I found my home in the middle-school system

This is where it all began, really. Windsor, where I lived at the time, has a middle school system. I landed a 3-week supply post as a French teacher in one of the 4 middle schools, and from there I went on to secure a 3 day (0.6 FTE) permanent post with a lovely department (merci, Laurence et Katie). With the 2 days I had free, I contacted all of the primary schools in the area and advertised myself as a local French & Spanish tutor. I soon had more offers for work than I could actually accept, which was a great problem to have!  I loved the younger years, and the variety of settings; but most of all, I loved how I was now a little bit ‘under the radar.’ I was rarely asked to attend meetings and all of the school politics just floated over my head.

After getting married in 2010, I took the decision to leave this cushy number behind and go travelling for a few months (well, it was our honeymoon)! Before leaving, I had lined up what seemed like the perfect role for me at a grammar school in nearby Slough. The school was a language college, and they were looking for a primary outreach teacher to teach 0.6 FTE in the grammar school, and 0.4 FTE as an outreach MFL teacher in the local community. The role came with a decent TLR and seemed too good to be true, so I went for it, and despite not being immediately available due to my imminent travels, they were happy to wait 3 months for me to return. It was meant to be, right?

Ok – so the role was good in the beginning. 40% of my time was mine to decide how I would support the local primary schools and I loved being out in the community. But the other 3 days – I didn’t love so much. Why? Well, the kids were great – super motivated, really bright and generally respectful and pleasant. However, the way I was expected to teach was very text-book led; really dry, box-ticking, exam-factory stuff. We were micromanaged over every small detail – even over how we stored our glue sticks! After all of the freedom I had experienced in my previous roles, and of course having been second in charge of a similar-sized department before, I just couldn’t take being boxed in again.

Just 6 months into this role, I was called into the Head’s office and told that due to funding being pulled and primary languages being in the balance again, I would no longer have 40% off-timetable for my primary work. I would be expected to teach full time in the school. I was gutted, to say the least. I just couldn’t imagine anything worse! I felt trapped.

Thinking back through all of my supply contacts, mainly the first and middle schools I had worked at, I remembered that one of them, a lovely rural middle school with just 240 children, had asked if I would stay on as Head of French after my return from my travels the year before. I had reluctantly declined, as I had already signed on the dotted line with the grammar school; but I had secretly wished I could change my mind!

So I called the head – and guess what? Things hadn’t worked out with the new French teacher, and they were not going to renew her contract. The role was available, at just 3 days per week. The grammar school agreed to keep me for the other 2 days, so here I was again with a hybrid timetable across multiple schools!

The middle school that pulled me back

As soon as I returned to the middle school, St Peters in Old Windsor, I felt I had found my home. As the sole French teacher, I was by default the Head of Department. No-one to manage, and no-one micro-managing me either. It was perfect. With it being just years 5-8, there were no ‘real’ exams to worry about – I could just teach. And teach I did. I mean: real, engaging, fun, joyful, meaningful teaching.

I had found my mojo again – these 3 days were like an injection of sunshine; which made the contrast with the grammar school even more stark. My 2 days there felt like a prison sentence in comparison to the lightness and freedom of my middle school role. Sometimes it felt like I was being punished for being a ‘part-timer’, and was given no concessions on break duties or staff meetings. It was unfair, and I grew more and more resentful of the way I was being treated. The last straw came when I was emailed about a lesson observation which would take place that week. I would have no opportunity to get into the grammar school beforehand to retrieve any additional materials I might need. Moreover, the school operated a week 1/2 system and in my panic, I got the week wrong and planned a year 8 lesson instead of a year 10 one. I had to wing it on the day, and it showed. Needless to say, the feedback was as expected. I asked for another chance to do the observation, and this time it was graded ‘outstanding’ (I had ticked all of the Ofsted boxes, written out 6 lines of differentiated lesson objectives, ensured that the SEN child who I felt did not need a different worksheet was given a different worksheet so the Deputy Head could tick that box too).

Did I feel happy to have received an ‘Outstanding’ grade? No, sadly not. By then I had already realised that I had boxed myself into yet another toxic environment which was not serving me, nor the children I was teaching.

A shift in priorities changed everything

Shortly after, I happily discovered I was pregnant. I decided there and then to hand in my notice, not willing to risk my health or that of my baby for a 2-day job. I was happy at St Peter’s; I could do supply work or see my tutees on the other days, I would be ok. So that’s what I did.

Maternity leave was bliss. Despite how much I loved my job, I didn’t miss it! Becoming a new mum was wonderful; I discovered a whole new world of classes, groups and activities I could do with my baby girl, Seren. From swimming to music classes and baby yoga – you name it, we did it. My mummy social circle began to grow, and now it was all about the wonder of babies, the pain of sleepless nights and not wanting to return to work! Amongst these blurry-eyed but joyful days of being a new mum, a spark of an idea come to me, and kept on growing. That idea was BilinguaSing. 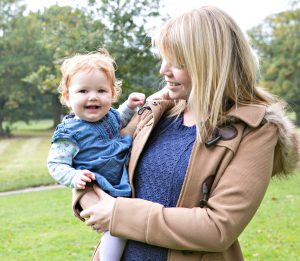 I knew I still wanted to teach, and that I had won the jackpot at St Peter’s. But when I heard that the head teacher, Rob, was retiring; I had to have a rethink. He was the driving force behind the school. Over the many years he had been there, he had built a culture that put kids before grades, and people before paperwork. I loved working for him. I had never felt so appreciated. However, his successor had been appointed and came with a certain reputation. I knew that if I returned, the school wouldn’t be the same place. So, I calculated the weeks I would need to return to work in order to fulfil my contract, and managed to return to my role in June and work out my last 6 weeks with Rob as the head. Though I missed my baby girl, I loved teaching my subject again; but looking back this was possibly because I knew it had a time limit. BilinguaSing was shaping up into something real, and I knew it was going to take off. I had no concerns about it not making money, I had proven it’s concept.

July 2013 came, and I was ready to close the classroom door for the very last time.

This website is © 2021 to Ellie Baker Education Ltd., a Company registered in England & Wales under Company number 13260283